The Island of Enchantment 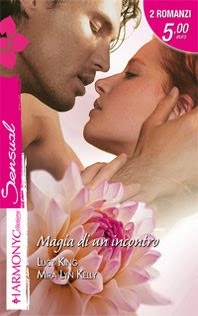 When the buzzer of my flat goes and the postlady at the other end of the intercom growls 'Correos!' I know she has a parcel for me. A delivery from Amazon is exciting (although that happens a lot less often now I have a Kindle), but what's even more thrilling is a delivery from Harlequin.

The postlady this morning handed me a box with the Italian translation of Propositioned by the Billionaire, which shares a spine with Mira Lyn Kelly's fabulous Wild Fling or a Wedding Ring? Just the incentive I need get on with the WIP!
Posted by Lucy King at 10:47 AM 3 comments:

Today my little boy is one. I can't believe how fast this year's gone. Happy Birthday, William! 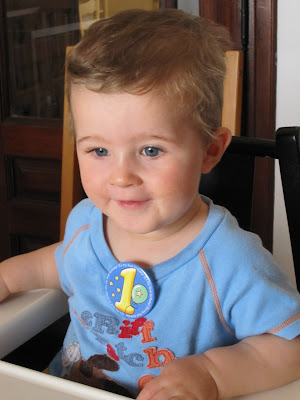 Blessed by the cover fairy

I've spent the last week or so in the UK (among other things, celebrating my parents' 40th wedding anniversary!) and have come home to spy not one but TWO covers for The Crown Affair. So exciting. Don't you think the Riva cover is just gorgeous?! 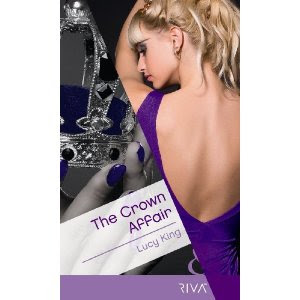 Out in the UK in August 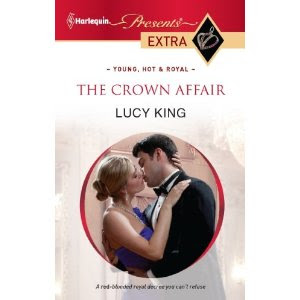 Out in the US in September
Posted by Lucy King at 7:57 PM 3 comments:

There's been a bit of a furore going on in Romanceland following the Daily Mail's bizarre account of the RNA Summer Party. I was there (to hand over the trophy to this year's very worthy winner, Charlotte Betts for her debut novel, The Apothecary's Daughter, and to catch up with friends) and have to say, along with everyone else who attended, there wasn't a blue rinse, support hose or perm in sight. Of course I can't actually back this up with photographic evidence as I forgot to take my camera, but there are lots of pics here and here.

The brilliant and insightful Julie Cohen and Nicola Cornick (to name but a few) have commented on the DM article, and the fabulous Kate Johnson has started a #thisiswhataromancenovelistlookslike campaign on Twitter where you can upload your own photo and even buy the t-shirt!

Personally, I'm so sick of these yawningly predictable articles that I've created a new game, cliché bingo. So far my list of clichés to look out for in any article about romantic fiction includes...

Any other suggestions would be most welcome.
Posted by Lucy King at 10:53 PM 2 comments:

Apparently my revisions for Bk 4 were fine, and it's sold! No idea of the title or release date yet, but with be back with the details as soon as I have them.

It was such a fun story to write, which was probably why I managed to finish it in two and a half months. Of course, taking the novel approach of actually knowing my characters and their conflict inside out BEFORE starting might have had a tiny bit to do with it.

Most writers, I guess, would take this as a given, but me? Noooooo. With the two previous two books I just dived in without really analysing my characters or knowing why they did what they did, and as a result ending up with dozens of rewrites. This time I let things swim around in my head for a bit before sitting down at the computer and it seems to have paid off (thank goodness, because another total rewrite might have finished me off).

While waiting for the verdict on the revisions I turned in for Bk 4 (and not much liking all these bank holidays!), I'm thinking about ideas for the next book. I'm at that exciting-but-scary stage of figuring out my characters and their conflicts. Exciting because it could go anywhere and scary for exactly the same reason.

So far I have a gregarious yet lonely and restless It-girl and the gorgeous but emotionally bankrupt womaniser, Jack Taylor. Jack put in an appearance in Bought: Damsel in Distress as Luke's best friend, and has been demanding his own story ever since. Which he might regret when he sees what I plan to torment him with - and man, does he have issues!

I have the horrible suspicion, though, that it won't be long before he's getting his own back...